Play Around the World: Staff Picks 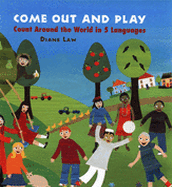 Come Out and Play: Count Around the World in 5 Languages by Diane Law (NorthSouth Books, 2006)

One by one, children around the world come out to play in this bright, cheerful picture book by Diane Law. Each page counts the number of children joining in on the fun in five different languages: English, Spanish, German, French, and Chinese. Each language is color-coded on the page and a pronunciation guide is included for the Chinese characters. Early childhood is the perfect time to introduce your child to the sounds and words of different world languages. 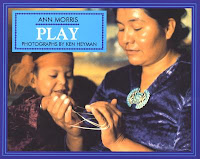 In these series of photographs, people from around the world play in a variety of ways - using their hands, bodies, objects, or their imagination and with family, friends, or alone.
Posted by Kristin