With the rainy weather we're having, perhaps your family is looking for some indoor fun for a change. Here's one idea on the theme of one of our favorite springtime animals - the bunny.
Don't forget - the Corvallis-Benton County Public Library and Burst's Candies are presenting the annual Chocolate Bunny Program and Contest on Wednesday, April 7th, 2010 at 7:00 p.m. in the Corvallis Library's Main Meeting Room. This special program will feature stories, songs, and a giant chocolate bunny from Burst's Candies!
In the meantime, share a bunny story: 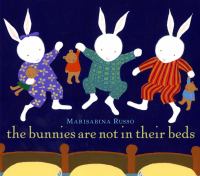 The Bunnies Are Not In Their Beds by Marisabina Russo
Some young rabbits would rather play than sleep, much to their parents' chagrin. 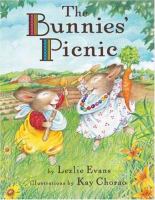 The Bunnies' Picnic by Lezlie Evans
When eight bunnies set out to make some stew, an accident forces a change of plans. 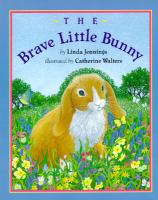 The Brave Little Bunny by Linda Jennings
Millie the lop-eared rabbit is tired of living in a small, cramped hutch and when she decides to explore the world, she meets a wild rabbit who helps her escape danger.

Bunny Bungalow by Cynthia Rylant
A family of rabbits moves into a cozy bungalow which they decorate and make into a perfect bunny home. 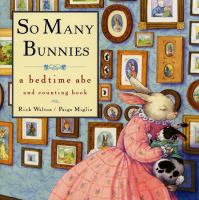 So Many Bunnies: a bedtime ABC and counting book by Rick Walton
Old Mother Rabbit's twenty-six children, each named for a letter of the alphabet, are lovingly put to bed.
Then Share a Few Bunny Rhymes:

Little Bunny
There was a little bunny who lived in the wood,
He wiggled his ears as a good bunny should.
He hopped by a squirrel, He hopped by a tree.
He hopped by a duck, And he hopped by me.
He stared at the squirrel. He stared at the tree.
He stared at the duck. But he made faces at me!
(rhyme from: http://www.tsl.state.tx.us/ld/pubs/readbunny/fingerplays.html)
A Bunny A traditional fingerplay Once there was a bunny.   Double left fist and extend two fingers for ears. And a green, green cabbage head,     Double fist on the right hand. "I think I'll have some breakfast," the little bunny said.      Move bunny toward cabbage head. So he nibbled and he nibbled.      Move fingers on the left hand. Then he turned around to say, "I think this is the time I should be hopping on my way!"     Make hopping movements with the left hand.
Make a bunny puppet:
Print and color or paint the bunny using this template:
http://www.preschoolexpress.com/pattern_station03/bunny_patterns.pdf
Cut out the bunny pattern and glue on a cotton ball for the tail. Glue or tape to a craft stick and enjoy your bunny puppet!
Posted by Kristin

Playing by the book said...

We've a forecast of rain too for the easter weekend... :-( But this is a lovely looking selection of books. I hope my library has some of them!