P is for Potatoes!

A few years ago I read an entry in Esmé Raji Codell's book How to Get Your Child to Love Reading where she discussed what she could do as a teacher if all she had was a potato. She described math, art, and science projects one could do based on a potato. She also linked potatoes to units on literature and history. That entry in her book has always stuck with me. You can often do quite a lot with just a little and a dose of imagination. So today I'm celebrating potatoes and the variety of ways they are treated in children's books: 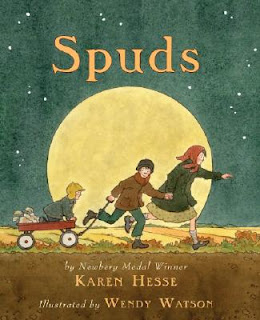 Maybelle, Jack, and Eddie want to help Ma by putting something extra on the table, so they set out in the dark to take potatoes from a nearby field, but when they arrive home and empty their potato sacks, they are surprised by what they see.

Potato Joe leads the other spuds from the familiar nursery rhyme, "One Potato, Two Potato," in various activities, from a game of tic-tac-toe to a rodeo. One of my favorites! 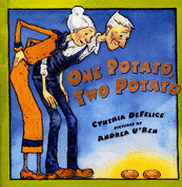 This retelling of a Chinese folk tale pays tribute to the author's Irish heritage, and to the joys of an old marriage, new friendships, and the impulse to share. Using pen and gouache, the artist shows the "simple" characters in all their winning complexity. Full color.

One Potato: a counting book of potato rhymes by Diana Pomeroy

A counting book which uses images of fruits and vegetables to illustrate numbers from one to one hundred and which also includes an explanation of how to do potato printing.

Jamie O'Rourke and the Big Potato: an Irish folktale by Tomie DePaola

The laziest man in all of Ireland catches a leprechaun, who offers a potato seed instead of a pot of gold for his freedom. 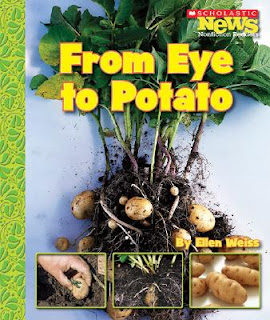 From Eye to Potato by Ellen Weiss 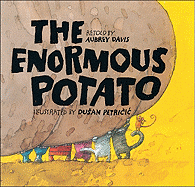 The Enormous Potato by Aubrey Davis

A farmer's potato grows to such an enormous size that he needs the help of his wife, his daughter, a dog, a cat, and a mouse to pull it up. 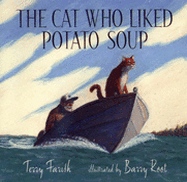 The Cat Who Liked Potato Soup by Terry Farish

The friendship between an old man and his cat, both of whom like potato soup, is strained after he goes fishing without her.